On January 2, 2015, Laurie Bebo, the former CEO of Assisted Living Concepts, Inc., filed an action against the SEC in the Eastern District of Wisconsin for injunctive and declaratory relief to halt an administrative enforcement proceeding against Ms. Bebo in the SEC’s administrative courts. The complaint alleges that the administrative enforcement process under which Ms. Bebo would be prosecuted is unconstitutional for three reasons: (1) the SEC’s administrative law court violates Article II because an SEC administrative law judge is an executive branch officer who is not under the control or influence of the President; (2) the provision of the Dodd-Frank Act granting the SEC the same powers to impose penalties through the administrative court process as may be imposed by a federal district court is unconstitutional because it negates a respondent’s Seventh Amendment rights to a jury trial in a civil action by giving the SEC the sole power to determine whether a jury trial will occur; and (3) the SEC’s administrative actions proceed under rules and procedures that violate Ms. Bebo’s rights of procedural due process because they do not permit the development and presentation of a fair defense and are inj other respects fundamentally unfair.  A copy of the complaint can be found here: Bebo v. SEC Complaint. 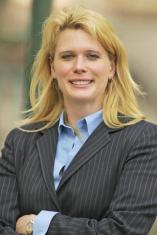 The first several paragraphs of the complaint summarize these arguments, as follows:

1.  For over two years, the Division of Enforcement of the SEC has been investigating whether there had been any violations of the federal securities laws in relation to certain periodic financial reports file d with the Commission by Assisted Living Concepts, Inc. (“ALC”). The SEC issued 43 subpoenas for testimony or documents, collected millions of pages of documents (approximately 270 gigabytes of data), and took a cumulative total of 55 days of on -the-record testimony.

2.  Those financial reports, filed on Forms 10-K (annual reports) and 10-Q (quarterly reports) consist of thousands of pages of information about ALC.

3.  The net result of this investment of extensive investigation is the allegation that a single statement – asserting compliance with a lease agreement – out of those thousands of pages of financial statements an d disclosure documents was false or misleading because it failed to provide additional information about how the Company was meeting the lease covenants. The SEC alleges, in turn, that Ms. Bebo, who was the Chief Executive Officer of ALC during the time period in which the challenged periodic reports were filed with the Commission (approximate ly 2009 to 2012), should be found guilty of committing securities fraud; should be subject to civil monetary penalties of hundreds of thousands, or even millions, of dollars ; and should be subject to a permanent ban on serving as an officer or director of a publicly-traded company.

4.  Prior to the passage of the Dodd-Frank Wall Street Reform and Consumer Protection Act of 2010, Pub. L. No. 111-203, 124 Stat. 1376 (2010) (hereafter “Dodd-Frank”), which became effective July 21, 2010, the SEC would have been required by law to bring charges seeking the remedies set forth in the immediately preceding paragraph in the federal district court.

5.  Bebo would have had a Seventh Amendment right to a trial by a jury of her peers. Any trial in the action would have been subject to the Federal Rules of Evidence, which preclude the use of unreliable evidence such as hearsay.

6.  Bebo would have been protected by the numerous substantive and procedural mechanisms of the Federal Rules of Civil Procedure, including depositions and other discovery. And Ms. Bebo would have had a reasonable amount of time to review the 1.5 million pages of documents that the SEC has collected over the course of its two-year investigation.

8.  That is, the SEC has been given unlimited discretionn to bring enforcement actions against unregulated persons either in federal district court or in internal administrative proceedings. There are no statutes or regulations to guide these decisions.

9.  On December 3, 2014 the SEC exercised its newly-granted discretion and, instead of filing an action in federal district court, the Commission issued an Order Instituting Public Administrative and Cease-and-Desist Proceedings (“OIP”), initiating administrative proceedings against Ms. Bebo.

10.  The SEC’s rules of practice set a presumptive hearing date (trial) within four months (i.e. April 2015), which will preclude Ms. Bebo from adequately defending against the charges against her given the massive investigative file amassed during the two-year investigation. The SEC’s Rules of Practice also preclude most pre-hearing discovery, such as depositions, and the final hearing will not be governed by the Rules of Evidence.

11.  Most disturbingly, as set forth in more detail below, by proceeding administratively the Commission has stripped her entirely of the ability to secure the testimony at the hearing, much less at a deposition, of key witnesses in the case, including the ALC’s chairman and vice chairman of the board, the chair of ALC’s audit committee, and two other members of the audit committee.

12.  In sum, the SEC has chosen a forum that allows it to investigate, prosecute, adjudicate, and if successful in supporting the charges before an administrative law judge, provide appellate review of a case for which the very same Commissioners approved the filing of charges in the first place.

13.  These administrative proceedings violate the U.S. Constitution, and the SEC’s unlimited ability to choose that forum deprives Ms. Bebo of her constitutional rights to due process and equal protection under the law.

14.  SEC administrative proceedings—governed by an administrative law judge protected by at least two layers of tenure—violate Article II of the U.S. Constitution, which mandates that the “executive Power shall be vested in a President of the United States of America.”

15.  And because the remedies are the same in either forum, in bringing these charges administratively, the SEC concluded that the government would have been disadvantaged by Ms. Bebo’s anticipated assertion of her Seventh Amendment right to a jury trial in district court. Under established Supreme Court precedent, this statutory regime, which penalizes the exercise or anticipated exercise of a fundamental constitutional right, is a violation of the Ms. Bebo’s right to due process under the Fifth Amendment of the U.S. Constitution.

16.  Section 929P(a) of the Dodd-Frank Act, which grants the SEC authority to choose, arbitrarily and without any legitimate reason, to pursue civil remedies against unregulated citizens in either federal district court (where the defendant is entitled to a jury) or SEC administrative proceedings (where she is not), violates the U.S. Constitution’s Fifth Amendment guarantee of equal protection of law.

As discussed in an earlier Securities Diary post, the contentions laid out here with regard to compliance with Article II may have merit based on recent Supreme Court precedent.  The procedural due process arguments are also substantial.  They were recently rejected by District Judge Kaplan in the Southern District of New York case of Chau v. SEC (see here), although that decision did not occur until after the administrative trial was concluded.  There is no doubt that from a practical litigation standpoint, the administrative proceeding strips a respondent of valuable resources to prepare and present a defense, and allows consideration of “evidence” that would not be permitted in a federal court (see our discussion of that here).  But whether this rises to the level of a due process violation has not yet been addressed by a court in any definitive or authoritative opinion.  The notion that the availability of ultimate review by a court of appeals is sufficient to protect those rights (using a deferential appellate standard) is certainly arguable.  Most trial lawyers would raise grave concerns on that issue.

To our knowledge, there are now two federal cases pending that challenge the constitutionality of the SEC’s use of its administrative courts to prosecute law enforcement actions against non-regulated persons – this case and Stilwell v. SEC, pending in the Southern District of New York (see here). A third case making such a challenge, Peixoto v. SEC, was mooted by the SEC’s decision to drop its administrative action against Mr. Peixoto (see here).

The future of these challenges remains in doubt. But whichever way the courts eventually go on this, the filing of these actions reflects a genuine concern that the SEC has gone too far in its zeal to win enforcement actions at the expense of allowing a just and fair process for targeted individuals to defense themselves.  On that issue, it may be worth reading our very first post on why the SEC doesn’t seem very interested in justice and fairness in its enforcement process, which can be found here.

2 thoughts on “New Challenge to the Constitutionality of an SEC Administrative Proceeding Filed in Bebo v. SEC”